Back in the day, Don and I heard Marc Cohn perform at the little movie theatre in Williamsburg where there wasn’t a bad seat in the house. While I had favorites that he sang that night (Walkin’ in Memphis and True Companion chief among them), what stuck in my head was a righteous song about New Orleans titled Dance Back from the Grave.  We hadn’t yet been to New Orleans at that point, but listening to it in the here-and-now, recalled our journey there several years ago …

Anyway, the song played in my head as I worked on the Death card yesterday, after which I was more than happy to draw the Page of Swords …

So, what better representative for the Page could there be than the grackle? A denizen well-known to the city of Austin … 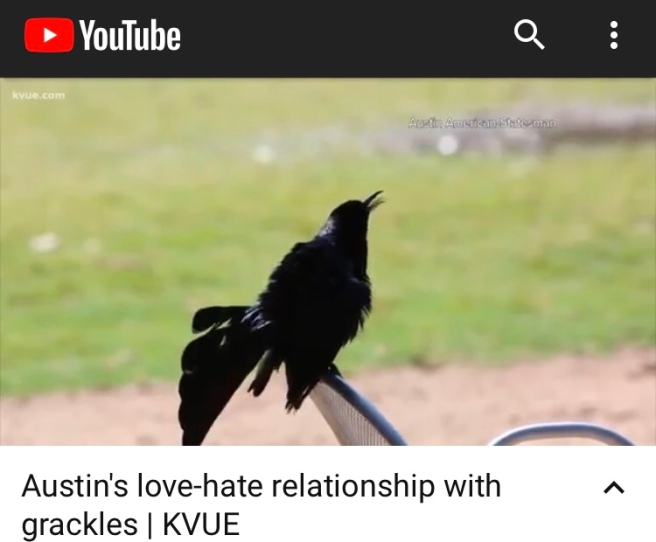 along with a bit of bookcover underpinning …

I hope you dance …

And in another life, I would have tra-la-la’ed my way through it, whistling past the graveyard on the way to get an ice cream cone at Neville’s. But that’s another story.

This is now … and COVID-19 is real … and in spite of the Kitchen Table Tarot saying “Death doesn’t really mean death, it means change” … people are, in fact, going to die. However, there is light on the other side of this post. I promise.

When we lived in the Hill Country, the buzzards would ride the thermals over the house, their shadows winging across the grass as I looked out my stitching window. Three times deer died on the property and each time the buzzards would dispatch the remains. The following year, the grasses and wildflowers would grow thicker and greener, marking each grave …

Today I played outside. After cutting up an Eric Carle bedsheet and pillowcase that once cradled my sixteen-year-old granddaughter, I took the pieces outside with some sidewalk chalk, a paintbrush, a bottle of laundry starch, and a wild imagination.

There are two videos at the end of this post, but I’ve included some still shots, too. With thanks to Marti for the prayer flag inspiration … 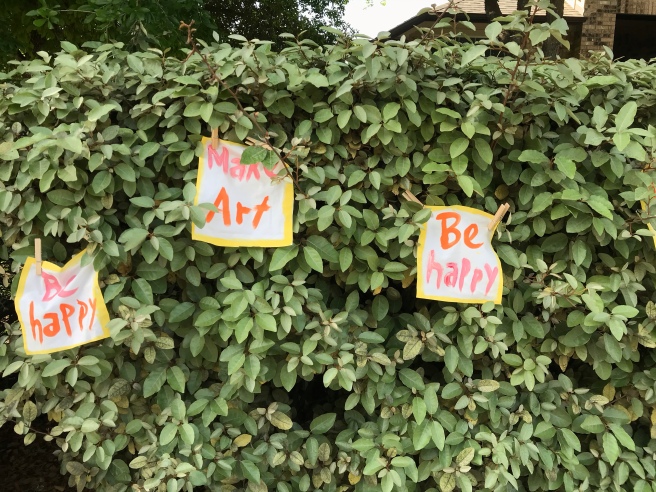 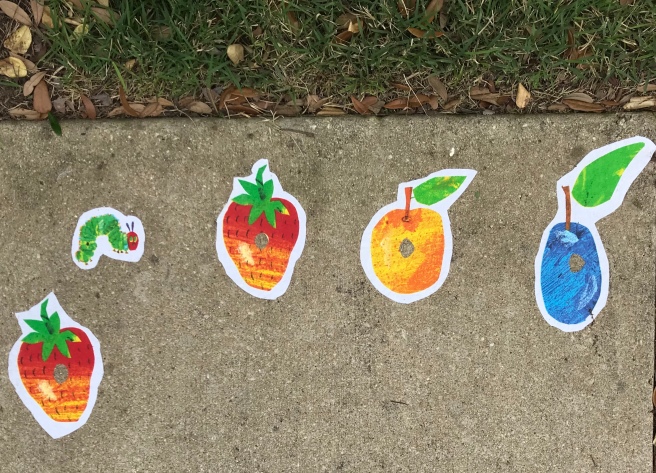 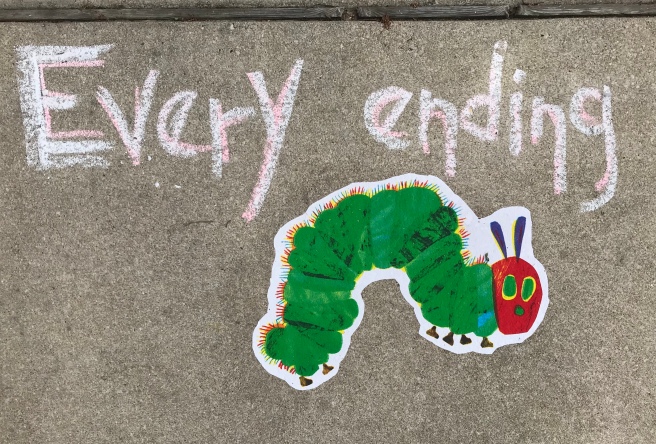 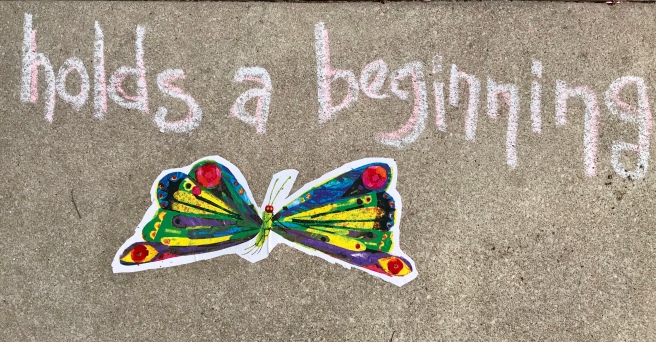 So let’s see if the videos fly …

This Texas Tarot journey has taken an interesting turn, triggering memories of latter days. This time, it was the Knight of Pentacles that drew me in, coming in the guise of a grey fox that dared to come close to our Hill Country house last fall. Driven, no doubt, by thirst … drawn by the promise of water …

And therein lies a story.

When we were kids, our summer vacations on Shelter Island bore a striking resemblance to the current shelter-in-place orders. The cottage we stayed in each August was tiny, with no heat save a wood-burning potbelly stove, no air conditioning, no indoor shower, and no television …

My mom, who was left alone with us for the first of four weeks while my dad high-tailed it back to work, had to get us through the TV-deprivation stage. Cards and board games, puzzles and coloring books ruled. Granted we spent long days at the beach, but like perfectly normal kids, we argued in direct proportion to how tired and sunburned we were.

So Mom kept an ace up her sleeve. After the dinner dishes were washed and left to air dry, we would go to Neville’s, a six-stool lunch counter that presaged modern day 7-11 stores, but better known to us as a comic book purveyor and ice cream cone mecca. As I recall, my brother and I would each settle on a flavor for the summer … mint chocolate chip, butter pecan, pistachio, fudge ripple … each year different. One scoop in a waffle cone, 25 cents.

Then Mom would take us out to one of the beaches to watch the sun set, until mosquitoes and no-see-ums forced us back into the car …

And driving home, we would shout out if we spotted a deer coming out to graze in the dusk … or better yet, on very very rare occasions, a fox.

The foxes of my youth were red, but their Texas kin are grey, the better to blend in with the limestone I suppose. So, I looked through the bookcover box for rusty reds and found circles leading me there and back again …

And cloth in sunset hues, always the very definition of home for me …

So what could be more home-y than bread? My grandmother was a storied bread baker, memorialized in this post from the early days of the blog.

Fast forward to yesterday, when there was no bread in my first-ever grocery delivery. No matter … a recipe for English muffin bread had shown up earlier in the day, which I modified, of course. 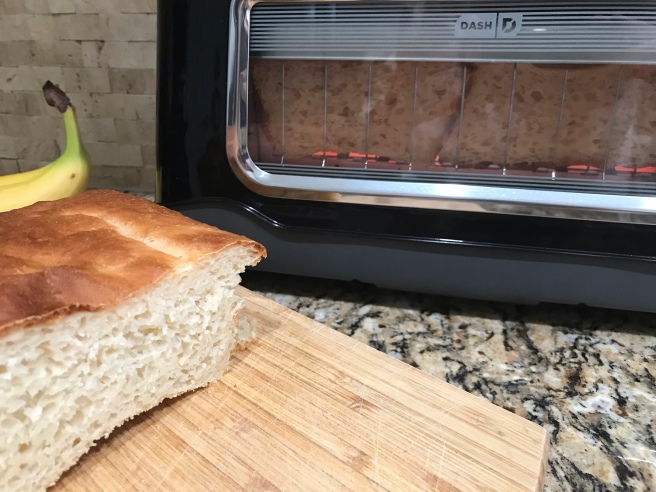 Best of all, it took a mere two hours start to finish.

You want the recipe? Sure thing!