With a nod to Mo for inspiring the title of this post, here’s where I am with the first of two “endpapers” for Moon Myth … 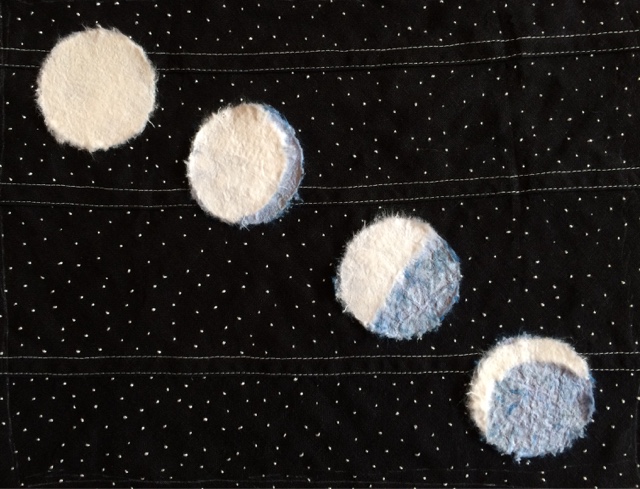 The moon phases, not yet attached, were made by piercing handmade paper
http://imgoingtotexas.blogspot.com/2009/10/mother-of-invention.html
with a needle and then gently pushing the resulting shapes out … 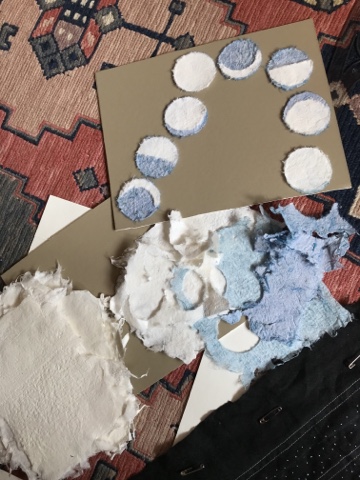 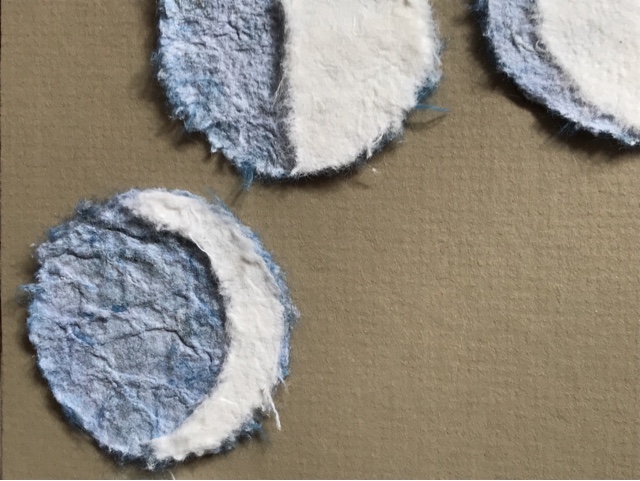 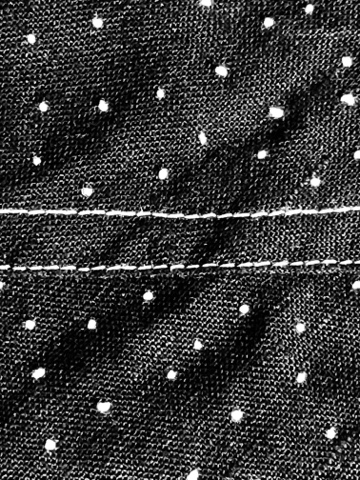 I folded the cloth over and visibly basted two layers together with Jude’s glue stitch worked in size 8 perle cotton, creating a wonderfully textured front … 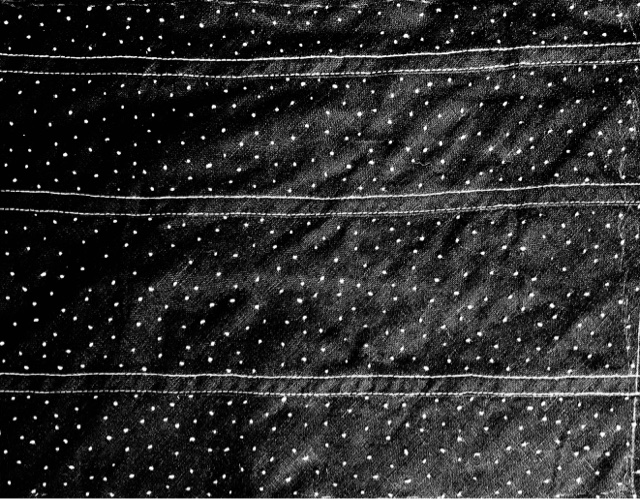 and (as always) a wild and crazy looking back … 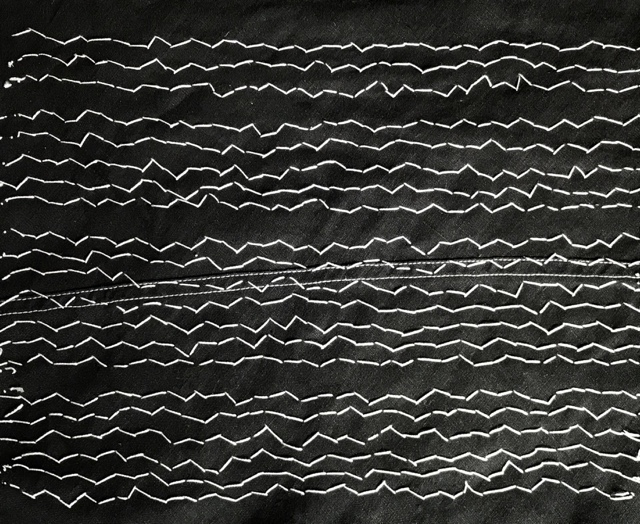 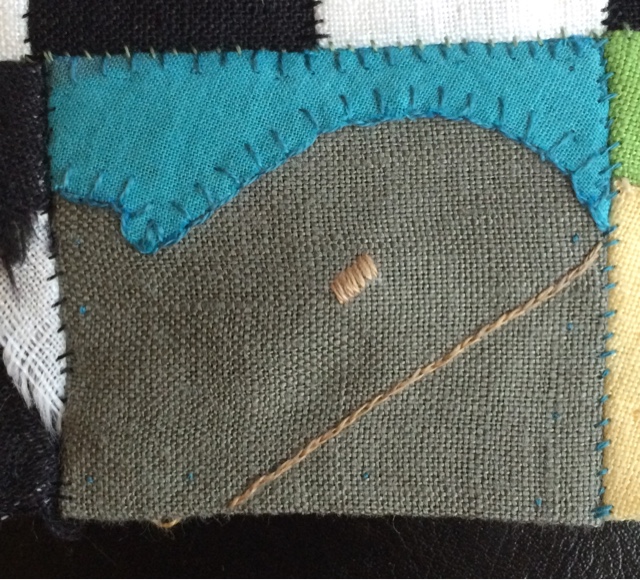 Not the most exciting thing to happen, but at least we finally signed up for FEMA flood insurance … 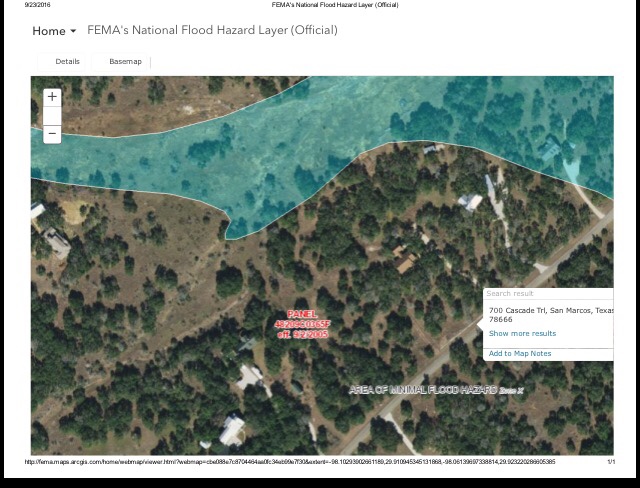 Original Post
I wondered how best to stitch a replica of Mo’s heart talisman for the post on September 12th (http://imgoingtotexas.blogspot.com/2016/09/crow-landing.html).
Hers was made from felt, which reminded me of my paper making trials back in 2009 (http://imgoingtotexas.blogspot.com/2009/10/mother-of-invention.html) when I used an old flannel shirt to make sheets of red paper … 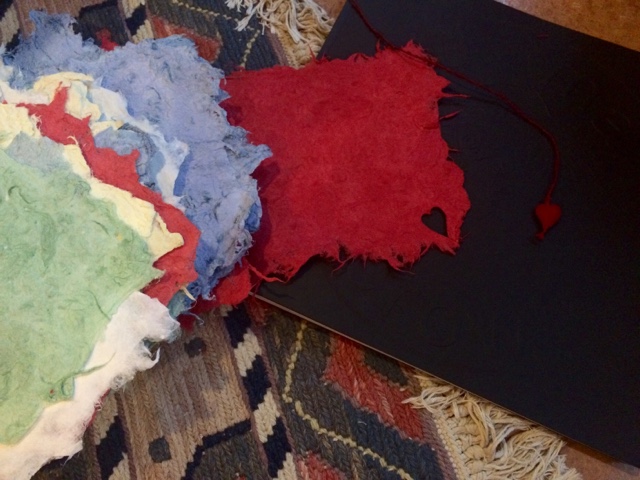 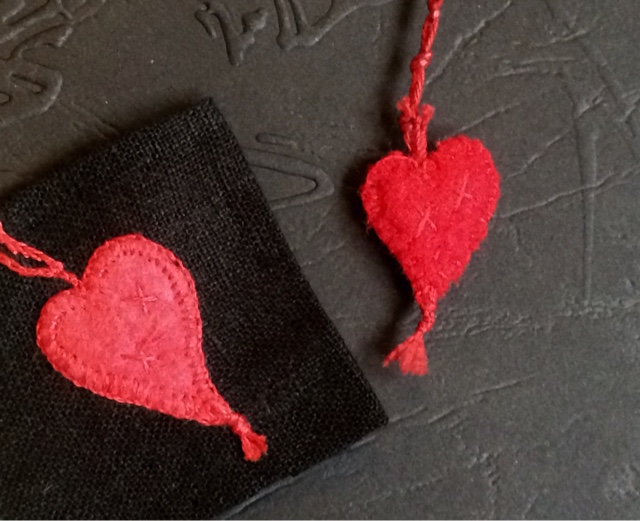 but for now, it holds memory … 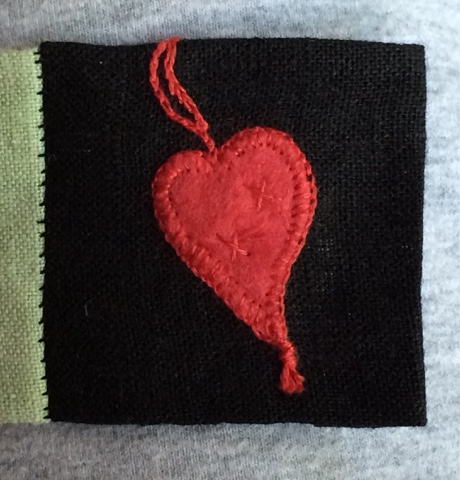 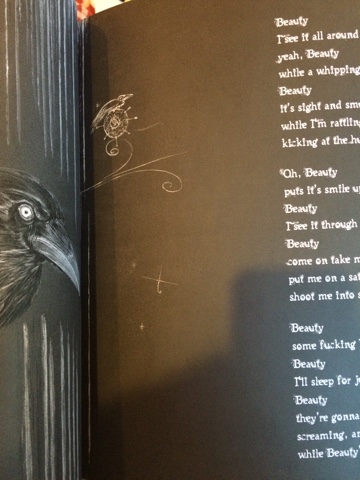 some the merest wisp … 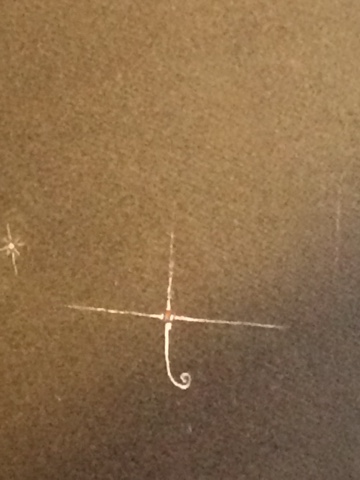 meanwhile delighting in all the suns, moons, and stars, especially this one … 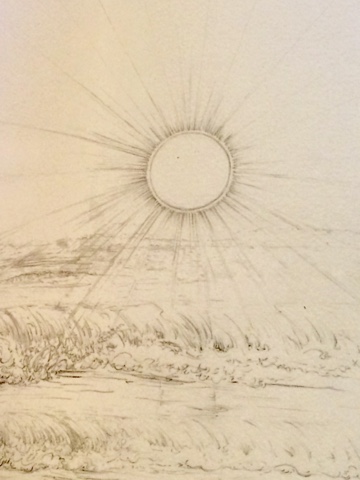 that made me long for the sea … 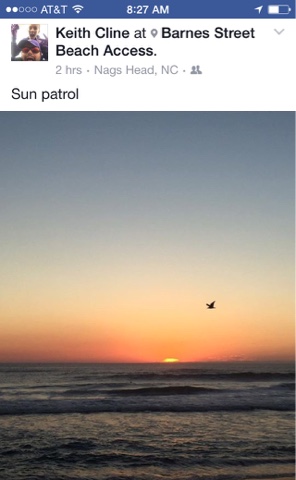 I know, I know … it’s been ten days, but I’ve been busy working on a recipe. And just to put the delay into perspective, when Cory and Paul recently wagered a $100 bottle of wine, they gave Meghan, Danielle and Kristen six weeks to come up with four bagel recipes. That’s a week-and-a-half per recipe by my reckoning. So ten days for one recipe sounds about right.

Although the truth is the recipe that I’ve been working on has actually been in the making a lot longer than that. Back when I graduated from Catholic University with my Masters in Library Science I put a papermaking book on my Christmas wish list. I’m sure I thought I’d have lots of free time having completed four years of graduate study. Always faithful wish-granters, my folks inscribed “Christmas 1992 … Looks like fun!” into a copy of Making your own Paper. But 1992 was also the year I got promoted, and found I had to do the work of two people when my former position went unfilled. Work took more and more creative effort as planning to build a new library at Colonial Williamsburg was added to my job description. The book was relegated to a shelf, left to gather dust with my needlework books.

Time remained elusive, even after I left Colonial Williamsburg. Becoming a school librarian in 1997 promised to open up some free time in the summer, but between moving to Windsor Forest, chauffeuring teenage daughters, and hosting Friday night suppers, creative time got short shrift. Likewise, the summer of 2003 looked like it had potential, with both girls finally graduated from high school and relatively independent, but the Eastern Virginia Writing Project got the nod and the time. And the independence proved illusory, as Meghan ended up spending the summer recovering from two broken wrists.

Fast forward to 2009 and early retirement from teaching in Virginia … 17 years after first getting the notion, I finally found the time to try out papermaking. Not content to follow one recipe (why start now?), I checked out every book I could find in the Wimberley Village Library and the San Marcos Public Library, then gave myself the challenge of making paper using only those materials I had on hand … no purchases allowed.

Rummaging through boxes in the garage, I eventually found the food processor that my cousin Glad had given me at Robin Acre last year. A repurposed hamper stuffed with needlework supplies for the move to Texas yielded screens from a children’s papermaking set (probably of 1992 vintage), thick cotton yarns, and old threadbare table linens. The office produced an array of paper, including linen envelopes purchased for mailing resumes some time back. Containers and placemats from the pantry filled out the list, and I was ready to go.

My first attempt at making paper resulted in a fuzzy white cloud of linen, more notable for its holes than any resemblance to paper. I did a little better with combining blue cotton yarn and torn up envelopes, but the resulting paper was paler and thinner than I had hoped. I went back to the drawing board.

The second attempt was a distinct improvement. Using a combination of torn fabric, cotton yarn and water-soaked cover-stock, I managed to produce sheets of paper embossed with a quilted pattern from the placemats I used as “felts.” And a planned progression of colors, from white to yellow, then beige, red, blue, and finally green, was more successful than I had dared hope. But this time the paper was too thick. So, like Goldilocks, I gave it one more try.
Dedicating a full day to making red paper, I hunted through the house for supplies. An old red flannel shirt was reduced to shredded rags, red cotton yarn was cut into quarter inch lengths, and red cover stock was sliced and diced on the paper cutter. After soaking in distilled water, they were pureed in the food processor, one pinch at a time, then swirled into a tub of water.

Time and time again, I slid the five-by-five screens beneath the surface of the fiber-clotted water, then lifted them straight up, trapping a mass of red fibers. Having no deckle, I improvised by pouring fiber-rich water over the thin spots …

… then turned each new sheet of paper onto placemats, carefully peeling back the screens and leaving the paper in the sun to dry. Six hours later, I had two dozen sheets of paper, and this time they were just right.
I’ve got a plan now: a white paper day, followed by blue, purple, yellow, and green days. And then what? A great reveal … on Christmas Day.