It’s a good day for wearing warm socks whilst mending … 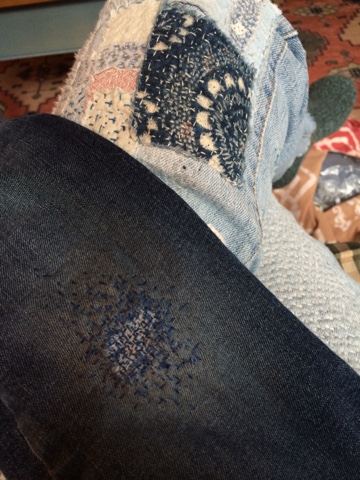 I do love patching jeans, especially those with holes worn into the knees by our grandkids, imagining the stitches inside absorbing future falls, like a hand slipped out just in the nick of time … 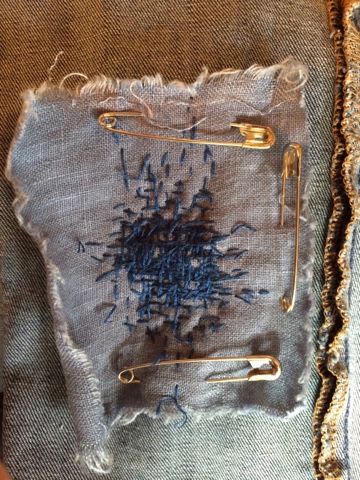 Fortunately, padding shouldn’t be needed today as everyone’s safe inside … 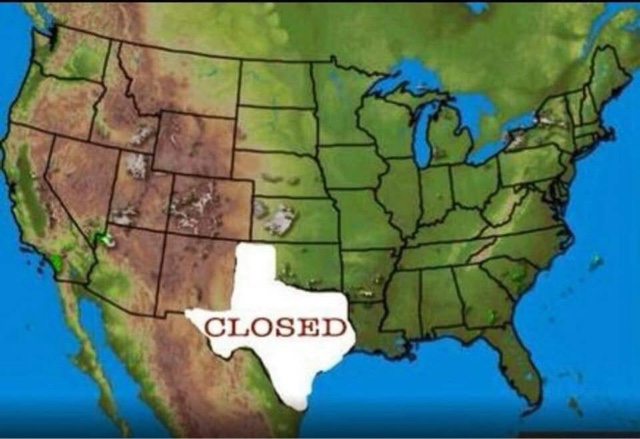 while everything outside is being slowly encased in ice … 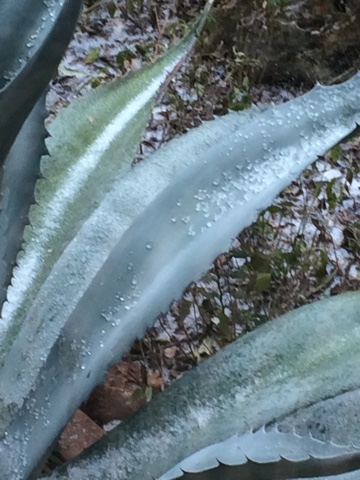 Don said he saw a local news report last night on how to use an ice scraper (if you had one) and cautioning against pouring hot water on car windshields. Good advice under the circumstances … 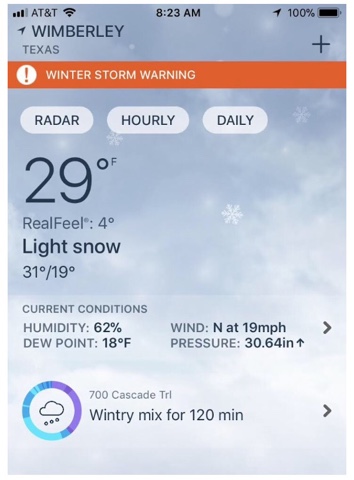 Addendum:
No hole yet, so (sew) a bit of preventive maintenance … 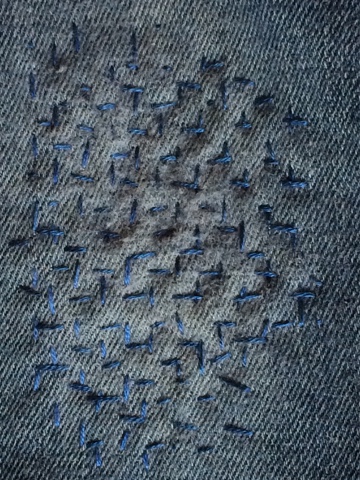 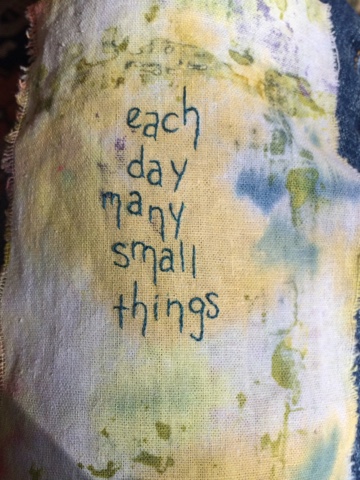 I’ve mentioned many times before how I am seemingly incapable of following recipes, to which the following links attest:
http://imgoingtotexas.blogspot.com/search?q=Follow+recipes
Nonetheless, I love having recipes as a jumping off point. This morning, it was this from Austin Kleon … 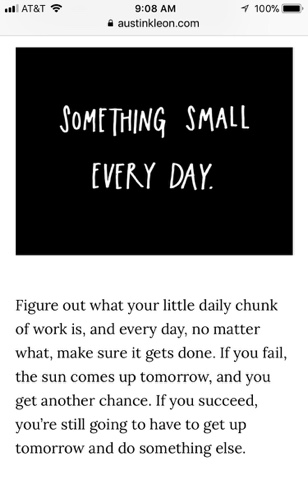 I walked around the house with this in mind, thinking how I’ve been “stuck” recently … with so many projects that I can’t choose which to work on, so I do nothing.
Which brought to mind Remember 2016

where one small patch a day added up to something worthwhile.
And the Peace Pin Project
http://imgoingtotexas.blogspot.com/search/label/Peace%20Pin%20Project
which likewise became more than the sum of its parts.
So I sat down, tore off a bit of cloth, and wrote “each day one small thing” … 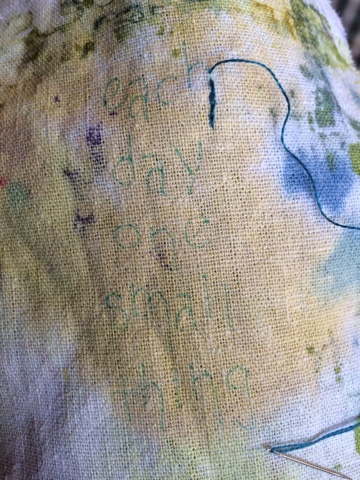 which is what Austin Kleon’s quote had become in my mind.
But as I started to stitch I realized that my days, the good ones anyway, add up to far more than one thing. By the time I started stitching this I had already made myself breakfast, read the paper, started a load of wash, called (and called and called and called) my senators … 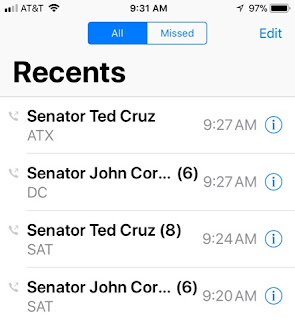 through ten minutes of busy signals and voice mail boxes before getting through to live staffers and lodging my opposition to the insanity they call tax reform.
And so the cloth got edited and became “each day many small things.”
I’ll probably have more to say about that, hopefully soon. For now, I’m going to go do some small things … 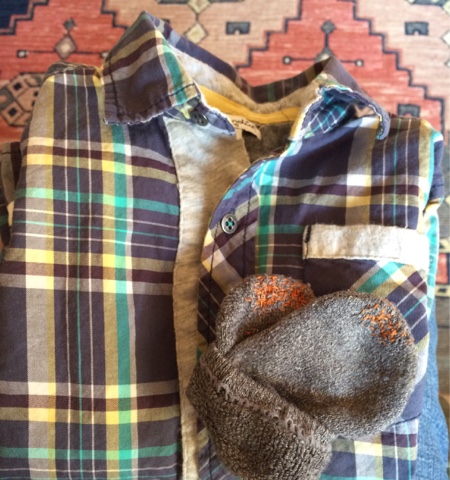 Working on the pennant for Mo’s project put The Land as the Crow Flies on a back burner, as you can see from the date …

http://imgoingtotexas.blogspot.com/2017/07/homesteading.html
Now that I’m back to it, trees are beginning to crop up … 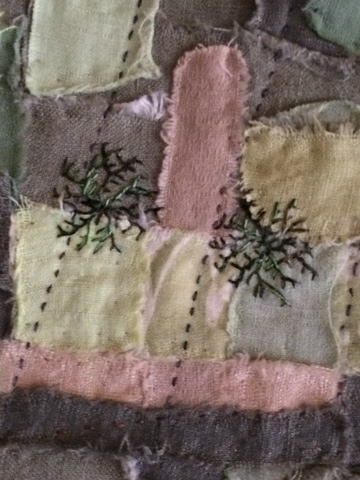 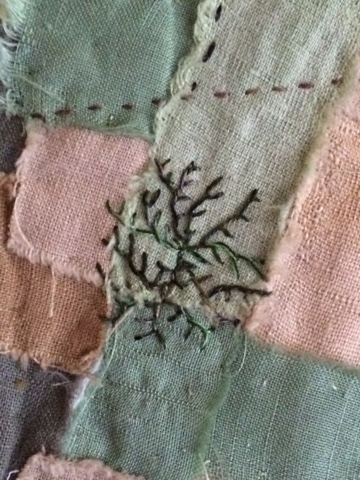 And the cloth has been trimmed down …

to fit within the space where it will eventually reside … 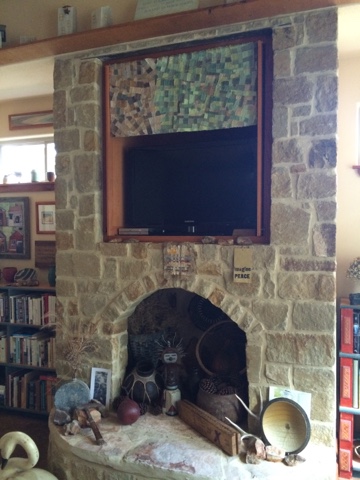 The plan, for now at least, is to leave it hanging except when I am actively working on it. We’ll see how that goes.
I also popped off a couple of simple projects to get back up to speed. Jeans mended with vintage cloth from Glennis Dolce … 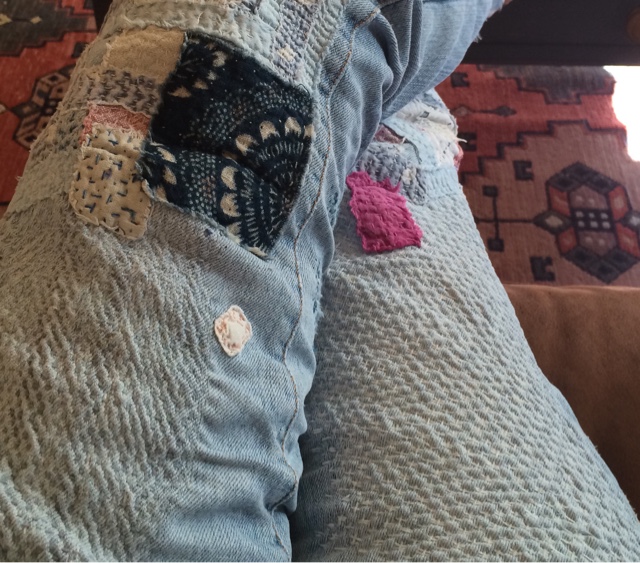 along with a little darning on the side … 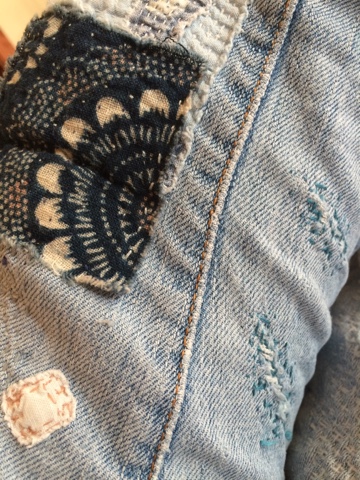 And a patched shell woven with Deb Lacativa’s dyed floss … 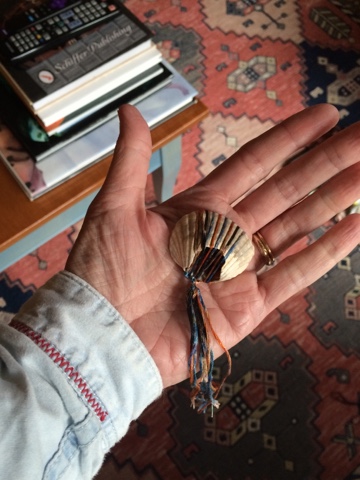 requested by G for his birthday … 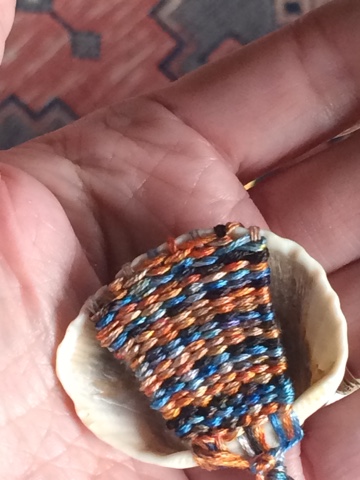 bringing back memories of Jude Hill’s Considering Weave class in 2014 when I first met many of the Kindred Spirits who reside in the right sidebar.