I sat with the cloth, The Land as the Crow Flies, for a long time. Hours I think. Looking at it, trying to figure out what it needed. Well, I knew actually, it just wasn’t what I wanted to know.

It needed to be quilted. The raw edges of the linen, even after multiple passes of Jude’s glue stitch, were simply too unstable.
I had already stitched the elevations of the land in the upper and lower corners, so those became the points between which I drew a single line and began stitching … 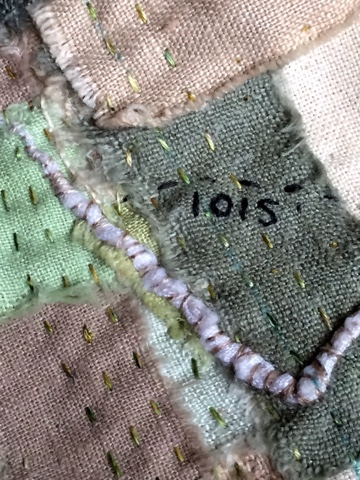 Kantha, one strand of Deb Lacativa’s magic floss (sorry Deb, it’s too beautiful to call it “dirty”) and one strand of variegated floss. Greens and golds above shading down into browns and grays below … 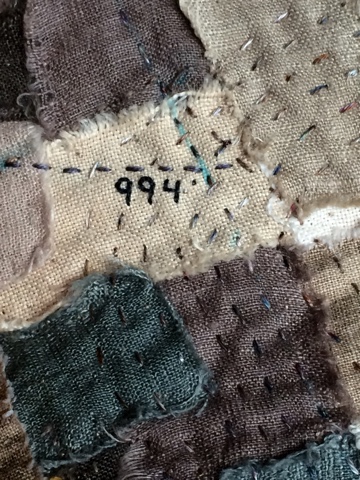 The lines running in the direction the water flows through the land during heavy rains, from 1015 feet of elevation down to 994 feet … a 20 foot drop over less than 1000 feet.
No wonder the flood plain becomes a river … 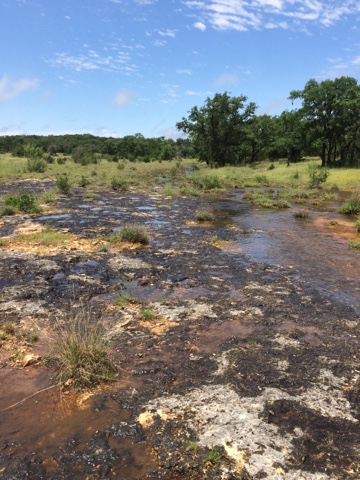