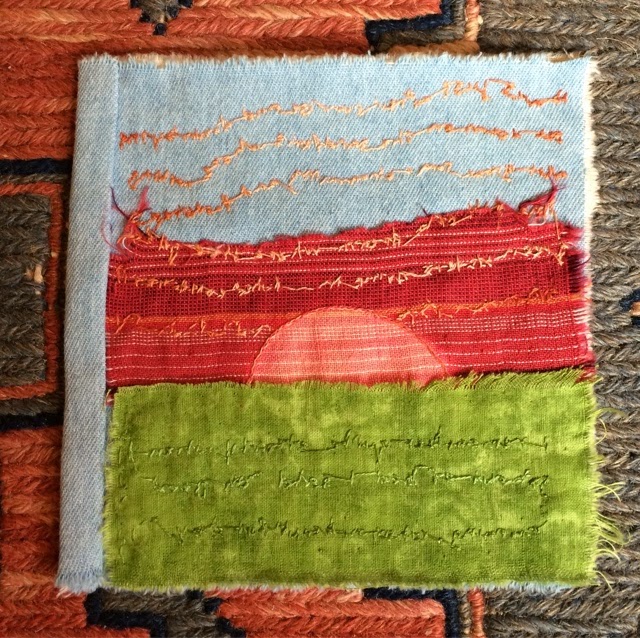 The back story (pun intended) relates to the James Taylor album Mud Slide Slim, on which You Can Close Your Eyes originally appeared. Released in 1970, that album became the soundtrack of my high school years.
So it wasn’t surprising as I stitched Close Your Eyes that music and lyrics from other songs came drifting back (especially Soldiers, which was mentioned in this post-Christmas reverie). Soldiers came back to me once again the other night, but this time it was the opening lyrics that stuck in my head. They seemed like a perfect story-starter …

It was just after sunrise and down by the sea
Down in the sand flats where nothing will grow
Come drumming and footsteps like out of a dream
Where the golden green waters come in … (what comes next?)

Then it hit me. One of the hardest things for me to do is stitch irregularly; I get into a rhythm and the stitches just fall into regular patterns. Not so my handwriting, which is about as irregular as my stitches are even. So what if I took advantage of my wonky handwriting for once?
That’s how I came to write the sunrise lyrics from Soldiers onto the back of the sunset page. Thoroughly enjoying the freedom of writing less-than-perfectly, I then backstitched to my heart’s content … 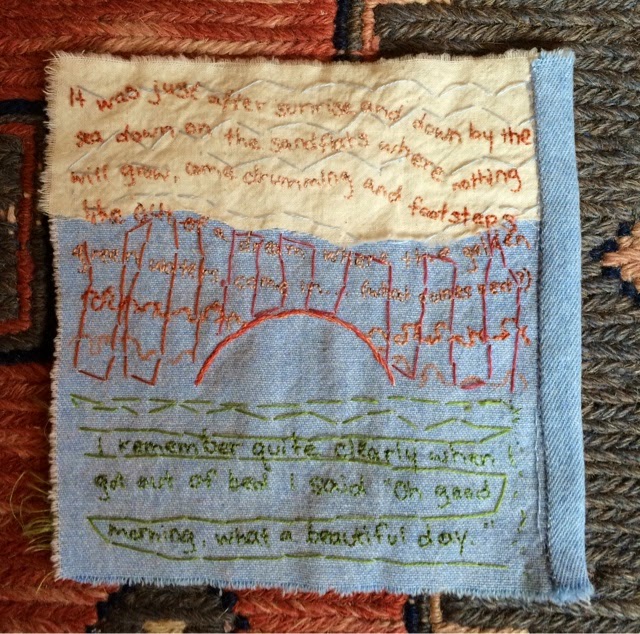 I remember quite clearly when I got out of bed
I said “Oh good morning, what a beautiful day.”

I asked Don what he thought about the basting stitches … leave them in or take them out? His first thought was that the vertical lines above the sun looked like buildings, so … Perfect! The whole idea of the B-sides is to prompt new stories. Who knows where this one might go?

The second of six two-page spreads is now complete, A-sides … 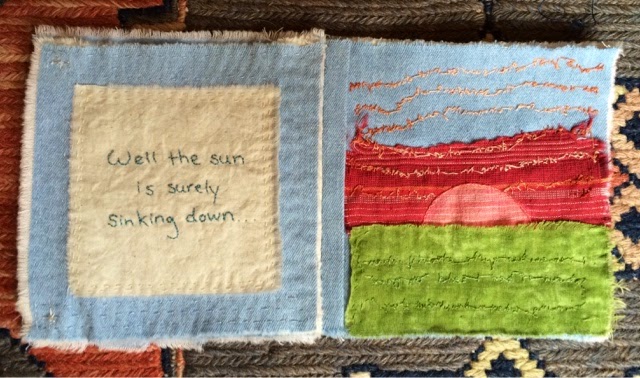 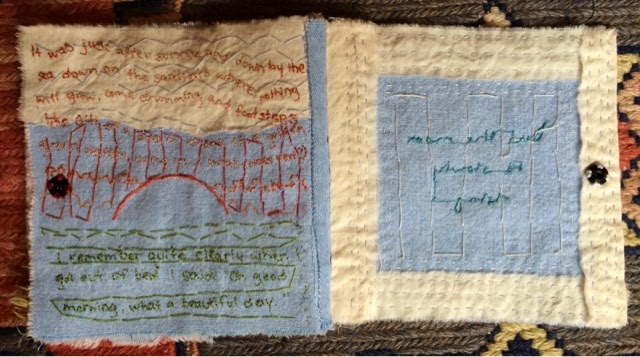 I’m pleased enough with the end result that I’ll be going back to the James Taylor catalog for the B-side of the rising moon page.

6 thoughts on “– Working both sides: Sunset to sunrise”