I’m taking an online course called “Considering Weave” at Spirit Cloth. As I’ve mentioned before, Jude Hill is a gifted teacher, but in this interactive setting, my cohorts are equally instructive.

One posted a woven meditation on beachcombed driftwood and shells, another a piece of driftwood encased in weave (I’m hoping she will grant me permission to post a picture).
Inspired, I dug into my shell basket … 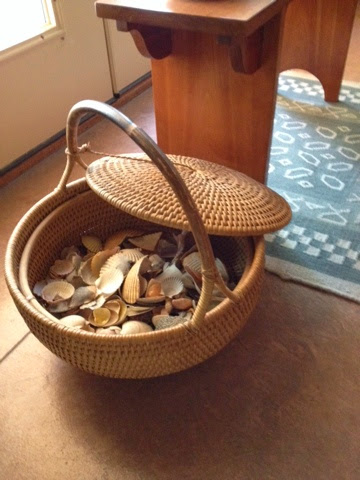 and pulled out a broken shell gathered six years ago after my mom passed away. 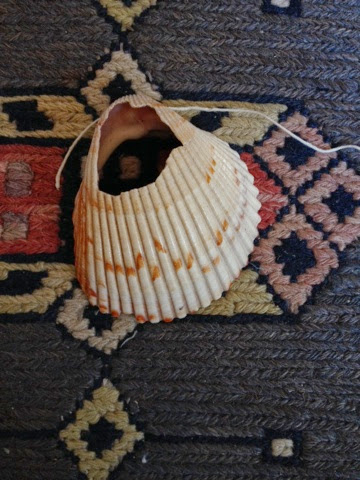 My first task was to figure out how to warp the shell, which took several tries before I found a way to keep the threads from slipping (I used 4 strands of DMC floss, btw). 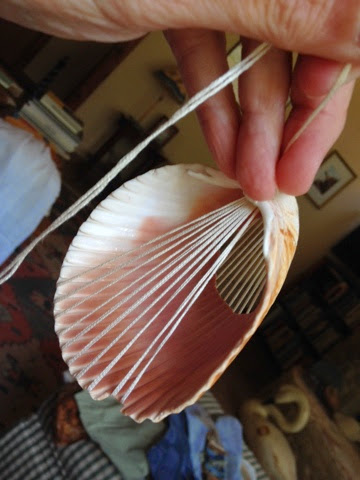 Then I started weaving the inside with a variegated floss … which I can’t show you because it was “Not good enough” so I tore it out … but it looked something like this test weave on another shell. 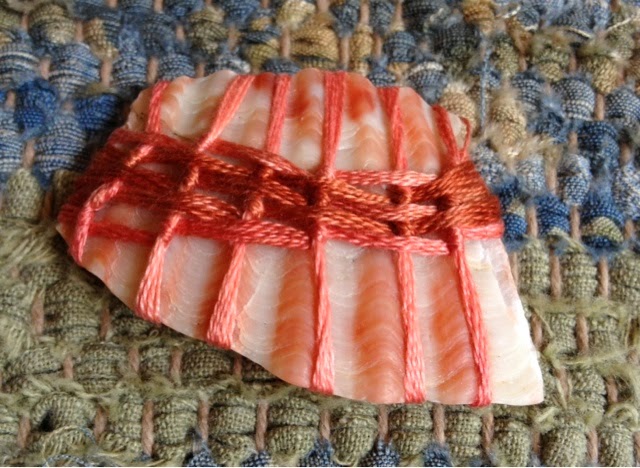 I turned to the front and did what I’m good at: plain weave, plain color … uniform and consistent. 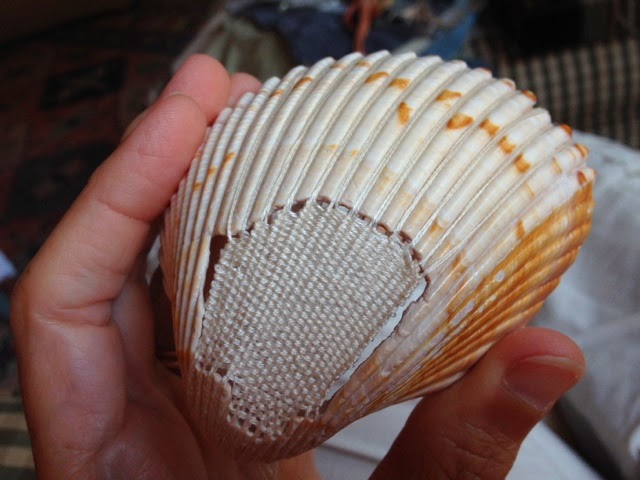 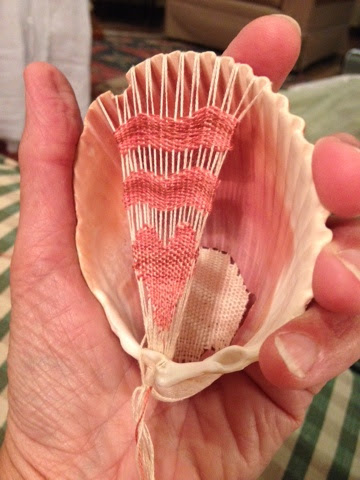 But my inner critic said, “Not good enough” and I began to cut it out … only to find that I liked the cut threads. So I pushed the two bands together into a rainbow arc before tearing out the heart. 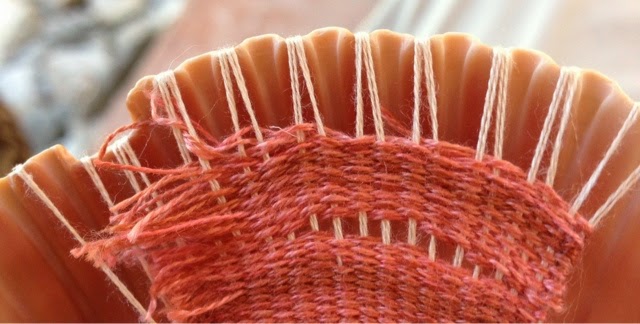 And then I remembered a pink silk scarf of my mom’s that I had over-dyed with onion skins. Tearing a strip off, it was so fine that I could thread it on a needle … the loose fibers like nothing so much as feather down.  I wove the silk from top to bottom, until I missed a thread and the silk became hopelessly tangled in the warp. So I stopped … and didn’t try to fix it.
Nudging the threads of the arc down in the middle I once again had my heart … this time a broken, frayed version tied by a slender thread to the perfect exterior. 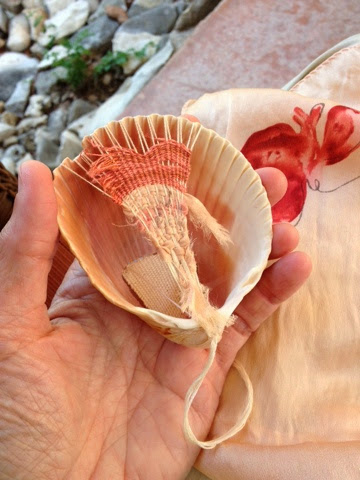 And it was good enough.

7 thoughts on “– Heart strings: Mending a broken shell with weave”